How to Know if VOIP is Right for Your Business 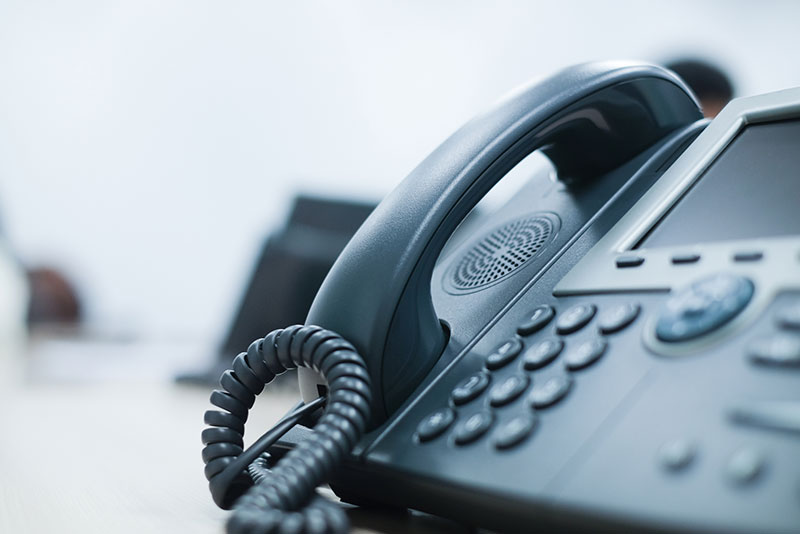 If your business has recently been connected to the NBN, you might be one of the many who have discovered that the phone system you just finished paying off isn’t compatible.

Whatever the reason you’re thinking about investing in a new phone system for your business, before you spend another $5,000 in hardware, read this first. I don’t want you to be persuaded that you need to spend thousands of dollars on new “phone systems” like the ones some providers are still recommending. It’s just not required and you’ll end up spending money you don’t need to spend.

If you were burnt by VOIP ten years ago when the infrastructure wasn’t up to speed with the technology, I want to reassure you that things are very different these days. Modern software and good internet connections mean it now works how it should have worked back in 2005.

I know you’re short on time: but it will be worth it to take the time to consider whether a VOIP system (also known as an IP phone system or cloud PBX) could deliver cost savings and efficiencies for your business (and who doesn’t want more of those).

Modern phone systems are very different to traditional ones.

In the past, when you purchased a new business phone system, it came with a box that sat on a wall somewhere. This box controlled all the phones in the office. If it broke you needed to get someone out to fix it, you couldn’t easily pick it up and take it to a new office and it was incredibly expensive!

All the work of a modern phone system is done in the cloud using an internet connection. You don’t need a box on the wall, and you don’t even need to have hardware: if a desk phone isn’t essential, you can just have an app on your mobile that works exactly as an office phone would. So you can have your usual office numbers with extensions that go directly to mobile handsets.

If you aren’t feeling adventurous, you can still have a separate handset. Don’t worry if this is you – we still have plenty of our customers who prefer not to rely on mobiles for everything, and for some businesses, we still recommend a separate handset for critical phone users like your receptionist or office manager.

The Advantages of an IP Phone System

Setting up VOIP for your business won’t break the bank.

Even if you do opt for desk handsets the costs per desk aren’t very high. On average you’re looking at about AU$300 per head and you’re done. You can also build this cost into your monthly payments over the term of your contract, making your upfront costs very little.

But if you’re going to setup your system to route calls through mobile phones, then after the initial setup, there’s only the call costs, and these almost always work out cheaper than what you were paying before.

Because there’s no box on the wall, your phone system is completely portable.

And when it comes to phone numbers, they are yours and not locked into a particular provider or suburb. Which means if you need to move offices, you can easily take your numbers with you.

Getting the best results from VOIP for your business

VOIP is a great solution for many, many businesses. But there are a few things you need to get right, so everything doesn’t go terribly wrong.

Personally, we try to avoid the big telcos when it comes to IP phone systems for business. They don’t offer the consistency of contact points that you need for when something goes wrong.

In big telcos, staff changes happen almost daily and the chance of getting in touch with the same person on consecutive calls is almost impossible.

This brings me back round to the first point – having a good provider. If your internet is terrible, they’ll be able to help you.

Usually your provider for phone and internet will be the same. If it’s not, then make it so. That way there is no finger pointing when things don’t go smoothly.

Have a backup internet connection

If the internet goes down, what happens next?

You’re going to need a backup plan, and my suggestion is to have a 4G failover in place. This is basically a backup mobile internet service that kicks in should the fixed line go down.

Your telco should collaborate with your IT provider

Because modern phone systems rely on your internet and networking being good, you need to keep your IT provider in the loop. Ideally, they’ll be able to work together with your telco to provide a seamless transition and any ongoing system management.

If this doesn’t happen and your telco just does their thing without any input from your IT people, you’ll find yourself with all sorts of issues and potential conflicts of interest.

Make sure your IT provider and telco are on the same page before you agree to anything.

Don’t get swindled by spending big dollars on a new phone system. Or worse, be told that you can keep your old system going but you’re going to have to invest thousands in new hardware to make it happen.

Speak to your IT Managed Service Provider today about how you can implement a VOIP phone system solution into your business.